Long and Short Reviews is pleased to welcome K.M. Tolan whose last book in his Dancer series, Battle Dancer, was released in December. Blade Dancer, the first book in the series, remains his personal favorite. The other books in the series are Rogue Dancer and Defiant Dancer. He has also written a stand along novel, Waiting Weapon.

I asked him why he decided to end the series now.

"I didn't want to seem like a one-trick pony and needed to move on rather than keep putting out story after story on the same character simply because I found a winning idea," he responded. "So, Battle Dancer wraps everything up - with some of the ending plot arcs spanning all four novels. We see a powerful character struggling with her rise to greatness and the temptations that come with it. Who wins? The military leader or the girl who yearned for a simpler life?"

"What are you working on now that the Dancer series is over?"

"My first all-out fantasy, tentatively titled Trains - no wizards, para-anything, or any other of the worn-out tropes involving swords and sorcery. Not a fae or dragon to be found. The story centers around a young man, Vincent, whose sister vanished before his eyes many years ago along tracks that then disappeared. He rediscovers those tracks ten years later and heads down them, determined to find his sister and erase years of guilt."

Kerry is rather methodical in his plot development. He first starts with an idea list, then grows it into a chapter outline. With each book, he goes through four drafts starting with a general "disgorging" of the story, then shaping the plot, adding character depth and coloring, and finally refining the wordsmithing with help from friends before submitting it.

"What advice would you give a new writer just starting out?" I asked.

"Learn the basic mechanics of writing first before launching into 'the' novel."

The elements of good writing, according to Kerry, are good characters, first and foremost, then a compelling story to couch them in. Two of his favorite authors are Julian May and Orson Scott Card—both for the wonderful characters. And, in his own writing, the characters come first.

"If the plot is a road, you need wheels to travel it," he explained.

I asked him to describe his writing space.

"A cozy niche office with a teak roll top computer desk and lots of mementos of my life cluttered around me."

The hardest part of writing for Kerry is getting motivated between projects.

"There is a bit of a burn-out factor to deal with," he told me.

When he first starts a project, he tends to write half-days on the weekend, but as deadlines develop he might be writing almost every night after he gets home from work as a software engineer. When he's not writing, he enjoys playing MMOGs (Massive Multiplayer Online Games), currently Star Wars the Old Republic.

One of his favorite characters is a secondary character in the Dancer series. Paleen is "a sprite of a girl," according to Kerry, who is Mikial's best friend at the start of the series. The strain on Paleen, and her relationship with Mikial, was interesting for Kerry to develop along the course of the series, along with the impact of the changes on Mikial herself.

"Not everyone is cut out for the role of sidekick, and the unintended cost (and emotional pain) is shown through Paleen's suffering and sacrifice in the name of friendship," he told me.

"SF movie/games themes and such keep me in the mood," he explained.

Finally, I asked, "Do you have a favorite quote or saying?"

" Do you have a favorite quote or saying?"

"Heh, from the movie Flash Gordon. When asked why he was attacking a peaceful Earth, Emperor Ming's reply was 'Why not?'"

Born in Marysville, MI, Kerry grew up reading both fantasy and science fiction. Kerry's life was shaped by serving ten years in the USAF, which included a combat tour in Vietnam. He was the first SF writer for Champagne Books, and two book in his Dancer series made the finalist list in EPIC ebook awards. All five books finaled for publisher's award with Rogue Dancer winning the award for its year. He now resides in Texas with his wife, two children, and a cat. www.KMTolan.com.

Sometimes the world you have to save isn’t yours. Sometimes your greatest enemy isn’t the one in your sights.

The line between Savior and Destroyer becomes blurred as Mikial fights to free the world of Me’Auk from human occupation. On guard against a treacherous alliance with Earth, Mikial is blind to the danger from those she trusts most. They see the monster rising inside her, and will stop at nothing to prevent the return to a darker age when Throne Empresses ruled with an iron hand. Mikial faces off with the deadliest foe she has ever met - the tyrant within.

Battle Dancer completes the story of Mikial Haran, bringing with it all the traditions and strife of an alien people facing the challenges of first contact and technological acceleration.

Posted by Long and Short Reviews at 3:32 PM 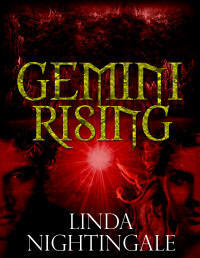 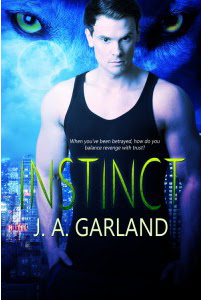